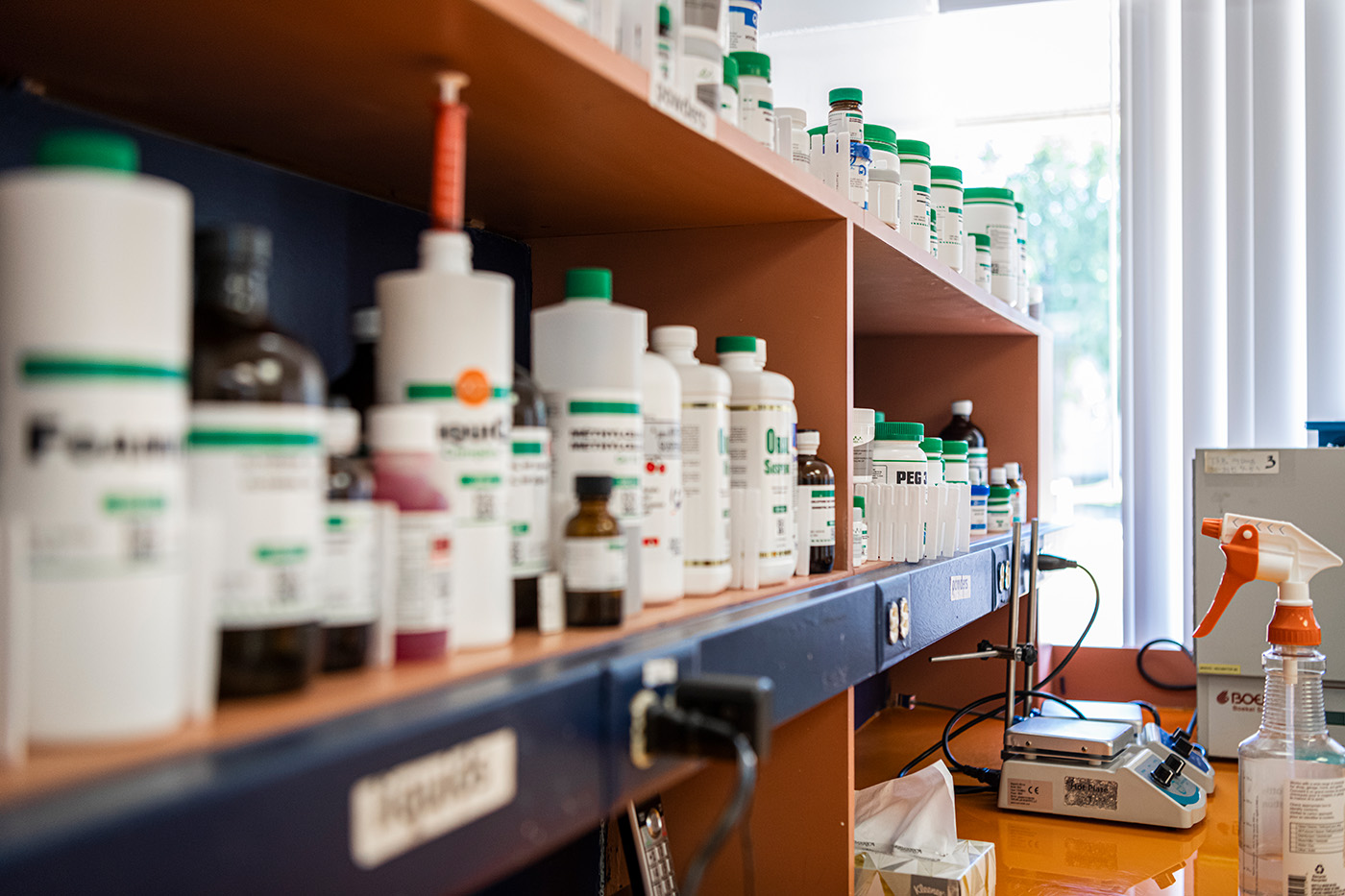 A local prescription for global health

For as long as she can remember, Morẹ́nikẹ́ Ọláòṣebìkan has been determined to make a difference.

“I think it has something to do with the fact that I was born in Nigeria in what became the height of the HIV epidemic,” she says. “My father was a physician. My mom worked at the food and drug agency. Something about my childhood made that top of mind for me in a way that really is inexplicable, but I just knew I wanted to be part of a solution for people living with HIV in African countries.”

When she came to study at the University of Alberta, Ọláòṣebìkan remained steadfast in her commitment to making a difference for people living with HIV in African countries. Even as a student, she worked to put on a fashion, art, and music show to raise money for HIV relief in African countries—an initiative that would later go on to become the Ribbon Rouge Foundation. In her first year of fundraising, she raised $2,000—an impressive amount for a student-led fundraising night—yet these humble beginnings were just the start of what Ọláòṣebìkan hoped to one day accomplish.

Today, as the CEO of Kemet Manufacturing, Ọláòṣebìkan is closer than she’s ever been to changing the lives of thousands of people worldwide. After graduating from the University of Alberta’s Faculty of Pharmacy, she began researching some of the issues faced by pharmacists and healthcare professionals across Africa. What she found devastated and frustrated her.

“So if I’m a pharmacist and I’m ordering drugs for my country today, I will not get those drugs for another half a year. Six months. Not only is this baffling to me in this day and age, but it’s accepted, it’s not even challenged. It’s just seen as ‘This is the way it is,’” she says. “And that broke my heart. I just could not find a way that that was acceptable.”

Exasperated by her findings, Ọláòṣebìkan began looking for solutions. She realized that what was missing was responsive pharmaceutical manufacturing, carried out in Africa. What she didn’t know was how to make that a reality.

“I had come up with this idea that we needed small footprint, preferably modularized, scalable agile medication manufacturing. But I’m a pharmacist, I’m not an engineer. Not only do I not have a clue about how to build this thing, I didn’t even know which profession would build this thing,” she laughs. “So I started connecting with people to figure it out.”

She began to study literature around pharmaceutical manufacturing and meet with anyone who would talk to her that had expertise in modular manufacturing. In time, she found that researchers at MIT, the University of Montreal, and Cambridge had already been pioneering some of the ideas that she’d been curious about. She knew she was onto something.

“At that point I knew, well, I’m not completely off my marble,” she says.

In 2021, Ọláòṣebìkan launched Kemet Advanced Manufacturing into full operation, (with financial support from SEF),with the goal of producing its first modular manufacturing units by mid-2022. For now, Ọláòṣebìkan and her fast-growing team of researchers and contractors work out of a lab in the Edmonton Research Park, where they are working to prove the concept and business model for Kemet’s manufacturing facilities.

“What I’m really wanting to understand at the moment is what the disparities are and what the drivers are for shortages, because then it would give me a really good sense of how we position ourselves where we’re needed and what form of us is needed,” she says.

At present, the prefabricated labs are planned to manufacture medications for conditions like HIV, malaria, and mental and cardiovascular health. After the first facilities are manufactured next year, Ọláòṣebìkan hopes to see them distributed to countries across Africa, while they will remain digitally connected with the Canadian lab.

In addition to supporting the countries where the facilities will be shipped, Ọláòṣebìkan is working to integrate positive, socially responsible business decisions throughout Kemet. From looking to build the facilities out of factories located on and run by Indigenous-owned firms, to creating more jobs for women in STEM, Ọláòṣebìkan is working to empower others through Kemet.

“It’s really about looking at how we build capacity in these areas that we’ve lost our capacity—creating local manufacturing, the technology that supports it, and the knowledge base that supports it,” she says.

Kemet is only in its infancy, and Ọláòṣebìkan is confident she’s only scratched the surface of what’s possible. Today, she is just as determined, if not more, than ever before. And she knows that with a little more collaboration and support, great things will happen.

“What I want is anyone who is interested in finding a solution to drug insecurity globally should reach out to me, and we should find ways to work together,” she says. “This is a complex problem I’ve chosen to chew off on, and I have always been a believer that complex problems require a lot of humility. That humility often gets expressed in collaboration.”  SEF is proud to be one of those collaborators.