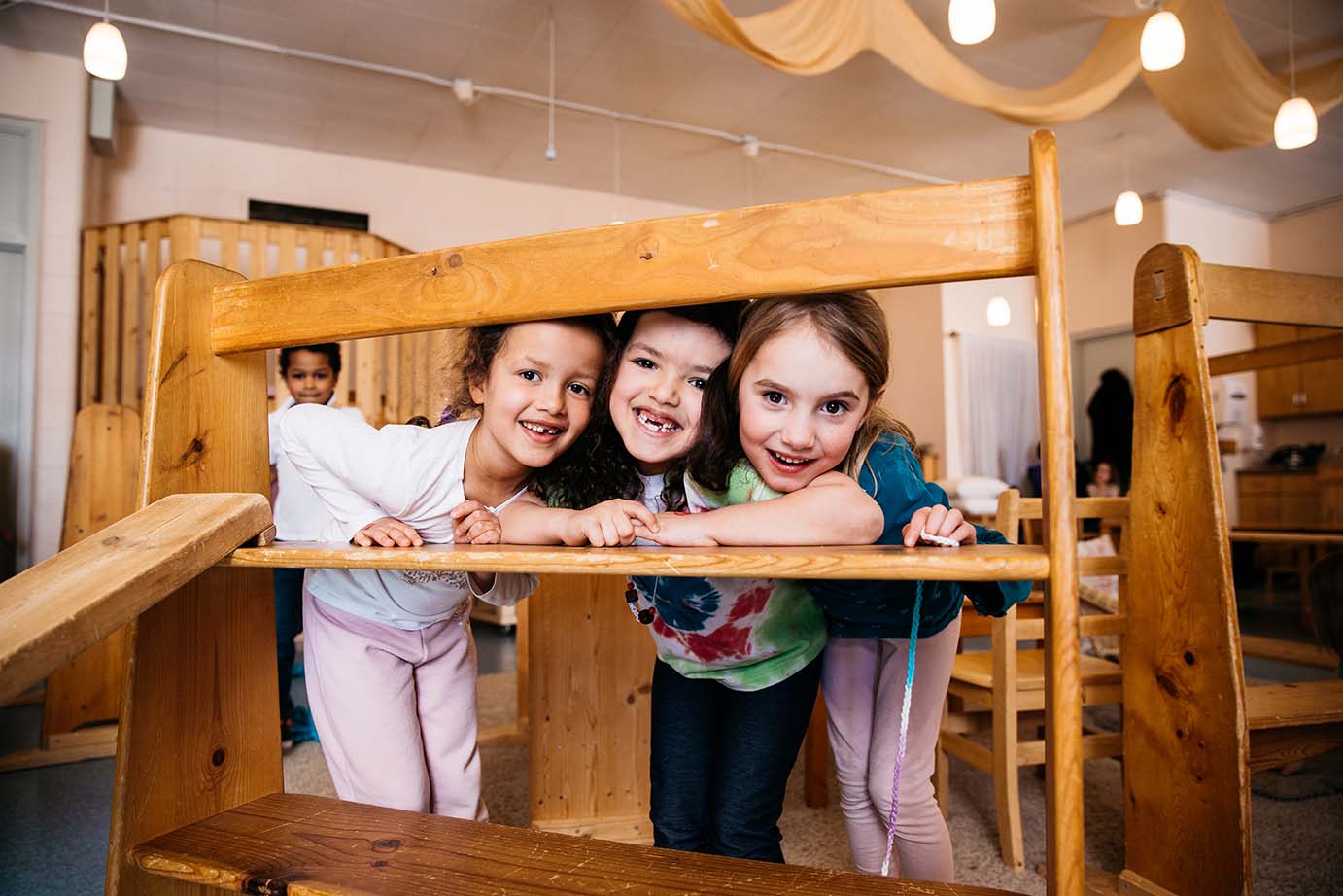 Finding a home for holistic education

From the outside, the Waldorf Independent School of Edmonton looks like almost any other school property. After classes let out on weekday afternoons, students run and play outside or explore the shared school and community garden in the school’s front yard. But upon entering the hallways and classrooms, it quickly becomes clear that the Waldorf school is anything but average.

Based on Austrian philosopher Rudolf Steiner’s pedagogical theories, Waldorf Schools are designed to take a holistic approach to education, fostering creativity and imagination in students. The school’s environment reflects this, with artistic flair and warm, welcoming décor used throughout. But it’s more than just physical appearances that set Waldorf Schools apart; the curriculum and teaching approach also vary from a more traditional school environment. Rather than a more structured lesson style, students are given a more flexible and personalized experience. In each grade, classes will explore broad themes, with students encouraged to inquire and explore facets of each that interest them.

“Each year, students will learn about a certain topic, but they’re encouraged to ask questions and follow whatever part of that topic is most interesting to them. They have the chance to complete a project related to that theme, and that’s where they can follow their passion or interest,” says Netta Johnson, Executive Director of the Waldorf Education Society of Edmonton. “Our focus is not on a specific, hard set of criteria. We’re working to develop the whole child—head, heart and hands.”

Johnson, herself a Waldorf alum, was one of several parents who spearheaded efforts to bring the schools to Edmonton in the early 2000s. For her, a Waldorf education meant a well-rounded upbringing, one that gave her a solid appreciation for the natural world while encouraging her to think creatively and critically about the world around her. “Some students do well in a traditional school environment, but for some, a more creative and flexible approach is better. It meets them where the are, and tailors their schoolwork to what they need. We wanted to ensure families from across Edmonton could access this kind of education.”

In 2011, the Edmonton location’s first classes began with 30 students, split between Grades 1 and 2. Given the small student population, the school rented three classrooms in the Ottewell neighbourhood. They shared the building with a church, but at the time, it was exactly the space they needed to start out.

“It was a very small operation at first, but it was drawing attention from more and more families each year,” says Johnson.

As enrolment and interest grew, so too did the need for space. Johnson and others at the Waldorf Education Society began looking for larger, more permanent locations. They had to be creative, looking for indoor/outdoor spaces that could accommodate dozens of children and classes.

For a time, the school was able to negotiate an agreement with the Edmonton Catholic School District to use space at the St. Margaret’s school in nearby Ritchie. The space was no longer needed by the Catholic School District, and would be an ideal home for the ever-growing Waldorf community. But when circumstances changed and the district once again needed the space, Waldorf was left facing an uncertain future.

“We were really not sure where we could go at that point. We had to find some place that was big enough, we couldn’t just move into a strip mall or something,” says Johnson.

Luckily, the space they had previously rented in Ottewell was vacant; the church that had once rented part of the building had moved, and the building was up for sale. It was the perfect location for Waldorf, but before the purchase could be finalized the Edmonton Public and Edmonton Catholic School boards had to confirm they did not want the property.

“We basically had to wait until everyone else officially said they weren’t interested before we could move ahead with our offer. It was a long, long process—I think it took almost five years,” says Johnson. “But we held on, and eventually with SEF’s help, we were able to secure this as the home for our school.”

The Waldorf Independent School of Edmonton is thriving today. In the spring of 2019, staff and families celebrated a major milestone: the graduation of the first class of Grade 9 students.

“They weren’t all here from the start, but it was really interesting to look at what grade they had had come in at, and how they’d all grown together. Really, they’re all a part of our school story,” says Johnson.

And the story continues with the more than 200 students between kindergarten and Grade 9 learning at Waldorf today. Each one adds their own creative touch to the Waldorf environment, helping to shape a truly unique legacy in Edmonton.