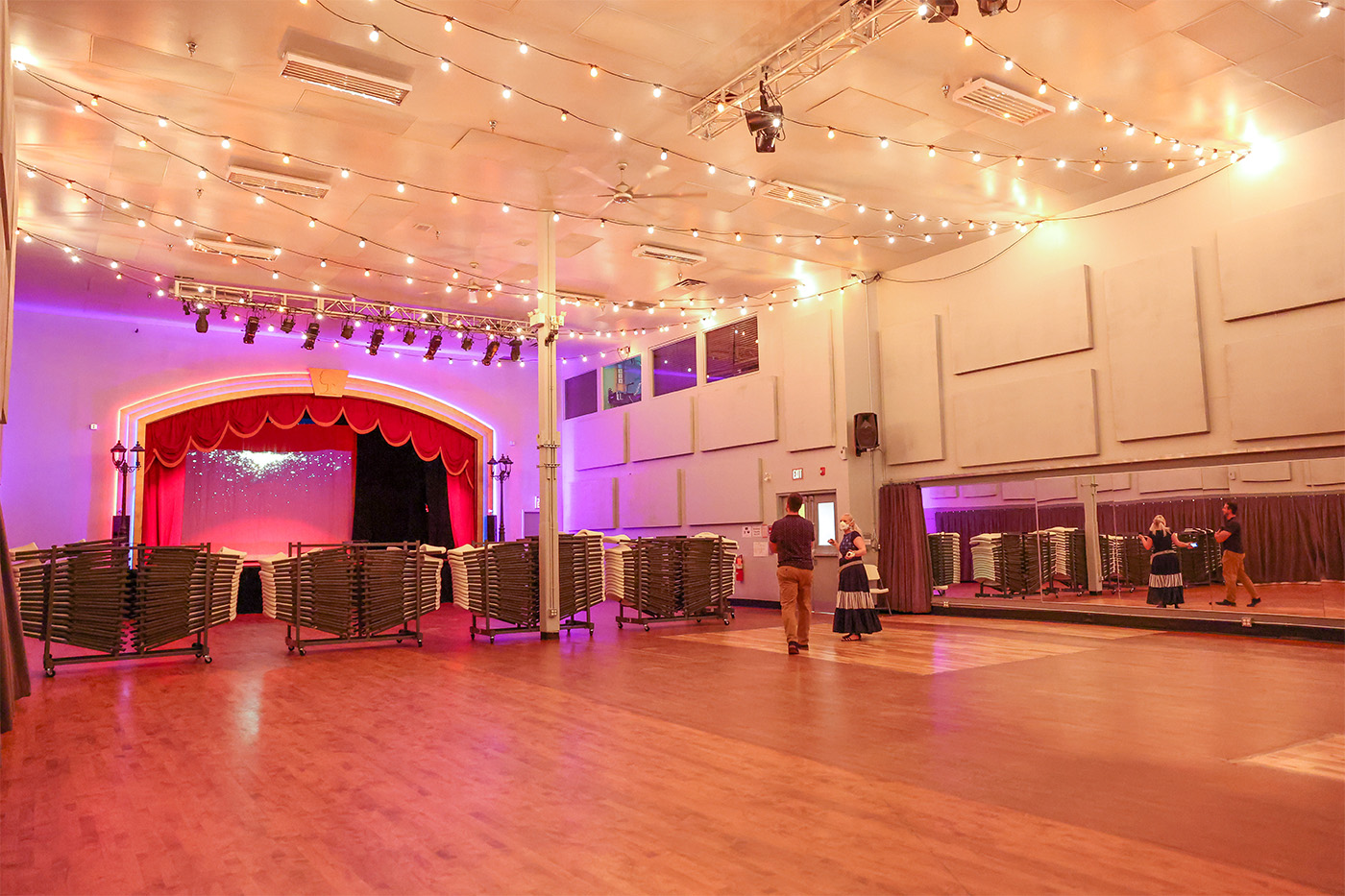 Just inside the front entrance of the Evergreen Community SPACES lies a cozy, wooded world. Silhouettes of trees and wildlife line the walls, while intricate wood carvings of friendly, waving bears sit down every hallway. As the sounds of muffled music and children laughing waft down the hall, it’s clear that this is a space for community use – a place where arts and culture of all kinds are practiced, studied and celebrated.

For Sean Fraser, executive director of Evergreen Theatre, the path to cultivating this forest of community has been a long and tumultuous one. After more than 20 years in the private corporate sector, he joined Evergreen as its president in 2004, before taking on the role of executive director in 2007. While Evergreen Theatre was well-established in the educational field (its roots date back to 1991), Fraser quickly realized the company’s need to expand and diversify its service offering.

“We had to make some changes to stay relevant,” says Fraser. “While Evergreen had a really strong following in the school community, in the arts community we did not. We had focused so much on schools over the years, so outside of that scope there was very little awareness of us.”

Although this challenge seemed daunting enough at first, there would soon be larger bumps in the road. In 2008, declining grant resources from the province of Alberta meant that the theatre saw decreased funding from all sides. Suddenly, the need to diversify was eclipsed by the need to make ends meet.

“We were in a very tough position. We had money coming in other programming, grants we were waiting for – we just had no cash. I didn’t want to go to the landlords and say we couldn’t pay… I wanted to keep that card in my back pocket just in case,” he says. “So I needed another option.”

When the Alberta Foundation for the Arts mentioned looking to alternative sources, such as SEF, to fill the short-term gap, Fraser immediately picked up the phone. The call made all the difference.
Within the hour, Fraser was beginning to compile the information needed by SEF to consider offering financial support.

As the previously confirmed grant funding began coming in, Evergreen made short work of paying the loan back. Within six months, they joined SEF’s “ Paid in Full” club.

But the greater problems of succession planning and organizational diversification remained. Luckily, Fraser had some ideas.

Evergreen had been operating out of the basement of the Currie Barracks, which at the time was home to a number of other arts organizations. When an opportunity came up to begin managing the space as a studio that could be rented out to other dance or artistic groups, Fraser jumped at it. His previous experience working as a property manager outside of his work with Evergreen and thought this would be an ideal way to sustain funding for Evergreen’s programming.

“I thought, ‘this could help us start building relationships with community and other arts organizations in a new way,’” he says. “We decided we would go into the business of space as another division of our operations.”

The company now had two sides: the programming side, which offered educational opportunities for schools and young audiences, and the facilities side, which served the arts and greater city communities. Separate in scope, but similar in offering, the long-term vision for the divisions was to support one another.

“The idea was if we could use the resources of Evergreen’s long history to help SPACES and our facilities side get up and on its feet, eventually the SPACES side will be able to back-support our programming for years to come,” he says.

So Evergreen Community Studios was born. From 2007-15, the Studios served Calgarians out of the Currie Barracks. But as the end of their lease in that property approached, Evergreen began looking for greener pastures. They wanted to continue with property management, but felt it was time to move from leasing a space to owning a building. They enlisted the help of a realtor to find the perfect property – a space they could finally call their own.

“We wanted to stay true to Evergreen’s environmental connection – we didn’t want to build new. We wanted to repurpose,” he says.

Weeks later, the realtor called with a promising property. A gym in the Mayland Heights neighbourhood was about to go up for sale as the owner entered retirement. A short drive later, Fraser was convinced. The space required some work – the interior was in need of updates, while shower and sauna rooms would likely need to be gutted – but it had character, and Fraser saw the potential.

But a property like this wouldn’t last long on the market. So, just as he’d done in 2008, he picked up the phone. “I called Jane immediately and said, ‘the good news is, we found a place.’ The bad news is, we have to do it now.”

He compiled information on the project, the property and the impact this new centre could have on the community and submitted it to SEF. When he heard the financing had been improved, he was thrilled not only for Evergreen Theatre, but for the arts and cultural scene as a whole.

“What’s great about SEF being involved, is that this project allows us to build equity in the long term. But then we also serve other non-profits, so the value for every dollar from Social Enterprise touches all of these people, and then circles back around because it goes back into their programming and into the community,” he says. “It brings so much value to so many people.”

In November 2015, the 24,000-square-foot Evergreen Community SPACES officially opened, offering short- and long-term rentals. There’s space for virtually everyone at the new facility, from cultural groups to churches, dance classes and massage therapists. One of the studios even features a green screen wall, making it in high demand for film and TV auditions.

“The whole idea around this facility was to be as open-minded and wide as we possibly could with the net so we could be as much as we could be to as many people as possible,” he says.