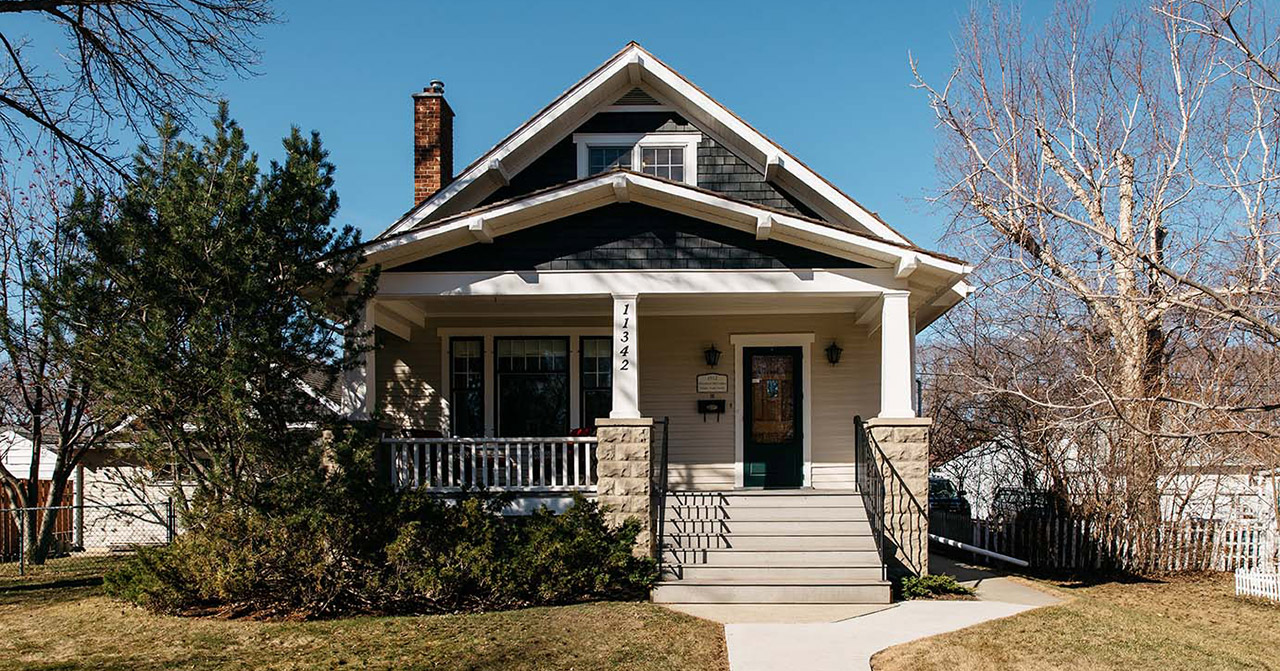 There’s little argument that artists enrich a community. Festivals, galleries, music venues – we love what these things do for a neighbourhood. But how to get the right mix of studio space or a quiet room to write, or even a place to live – at an affordable price?

Trying to crack this challenge was why, in 1995, the Edmonton Arts Council founded Arts Habitat Edmonton, a non-profit organization designed to help artists find affordable accommodations and facilities while promoting cultural and artistic activities across the city.

Four years later, Arts Habitat opened Edmonton’s first artist live/work space, ArtsHab One. Working with the City of Edmonton and leasing space from a private commercial property owner, they turned a former warehouse space into a welcoming home for craft, literary, performing and visual artists. This creative community offered affordable living and working space in the downtown core for artists, but also offered valuable gallery and gathering space to promote their work. Over the next fifteen years it would serve as home to 40 residents, and provide exhibition space for 60 artists in its hallway galleries.

While the artistic community at ArtsHab One thrived, Arts Habitat began taking on more work to promote the arts in Edmonton. In response to this growing body of work, when the City of Edmonton released its Art of Livingplan in 2008, it outlined new targets for Arts Habitat to focus on over the next decade. Their mandate would be threefold: to find and manage space for artists, to advocate for the development of future arts hubs, and to increase awareness and appreciation of the arts in Edmonton.

“That was a turning point for Arts Habitat. With The Art of Living, Arts Habitat was given some funds to hire staff. Prior to that, we were really just managing the building and that was about it,” says Julian Mayne, Executive Director for Arts Habitat Edmonton. “It was a chance for us to build an organization that could react more thoroughly. We wouldn’t just be a building for artists; we’d be an organization for them.”

Although a change in building ownership eventually meant that ArtsHab One was shuttered, new relationships and community partnerships also brought new opportunities for Arts Habitat and the artists it served. In time, Arts Habitat continued its original mission of offering space to artists through ArtsHub 118, a co-op offering 16 live/work spaces above the Nina Haggerty Centre for the Arts.

As Arts Habitat’s understanding of artists’ needs grew, so too did their work in the community. They developed the Edmonton version of spacefinder, an airbnb-style platform designed to connect artists with spaces across the city, and went on to serve as consultants to the City’s Recoverurban wellness plan.  They built the Empty Storefrontprogram, which allows local artists or social entrepreneurs to display and promote their work using vacant storefront properties.

In 2010, Arts Habitat began working with Artist Urban Village to create a new building that would offer living and working space for low-income professional artists. The Artists Quarters project, an 18-storey tower located on the land of the historic Koermann Block, (purchased with a loan from SEF) was planned to offer affordable and sustainable studio space for individual artists and small arts organizations, as well as 64 units of live/work space. The project would also be a catalyst for downtown revitalization. But without funding from Provincial and Federal governments, its future remains uncertain.

“Since it was first announced, we’ve designed it, we’ve got the development permit done, but we haven’t yet had the Province or Federal governments agree to help fund it,” says Mayne. “So we’re pushing, and we’ve been shortlisted, but for now we’re just waiting.”

Of course, waiting on one project didn’t mean that Mayne and company would sit idly by. Arts Habitat has continued to search for new properties to redevelop. In 2012, they purchased McLuhan House, a historic home in Edmonton’s Highlands neighbourhood. The home, which would later be designated as a historical municipal resource, was purchased with the support of the City of Edmonton and the Edmonton Arts Council, with the mortgage provided by SEF. After extensive renovations to the home, Arts Habitat relocated its offices to the home and offered space to artists, non-profit arts professionals and cultural industry professionals involved in the literary arts to reflect and create.

“Just like our organization is always evolving, this space is evolving as we develop it. Eventually, our offices will move out of here, and it will become a place for writers and thinkers and makers to come up with ideas and make things,” says Mayne.

Today Arts Habitat is, at its core, a liaison for the arts community, connecting makers and creative producers with city administration, developers, property owners, and the greater Edmonton community. They continue to pursue the best ways for Edmonton’s artists to find—and afford– a room of their own.