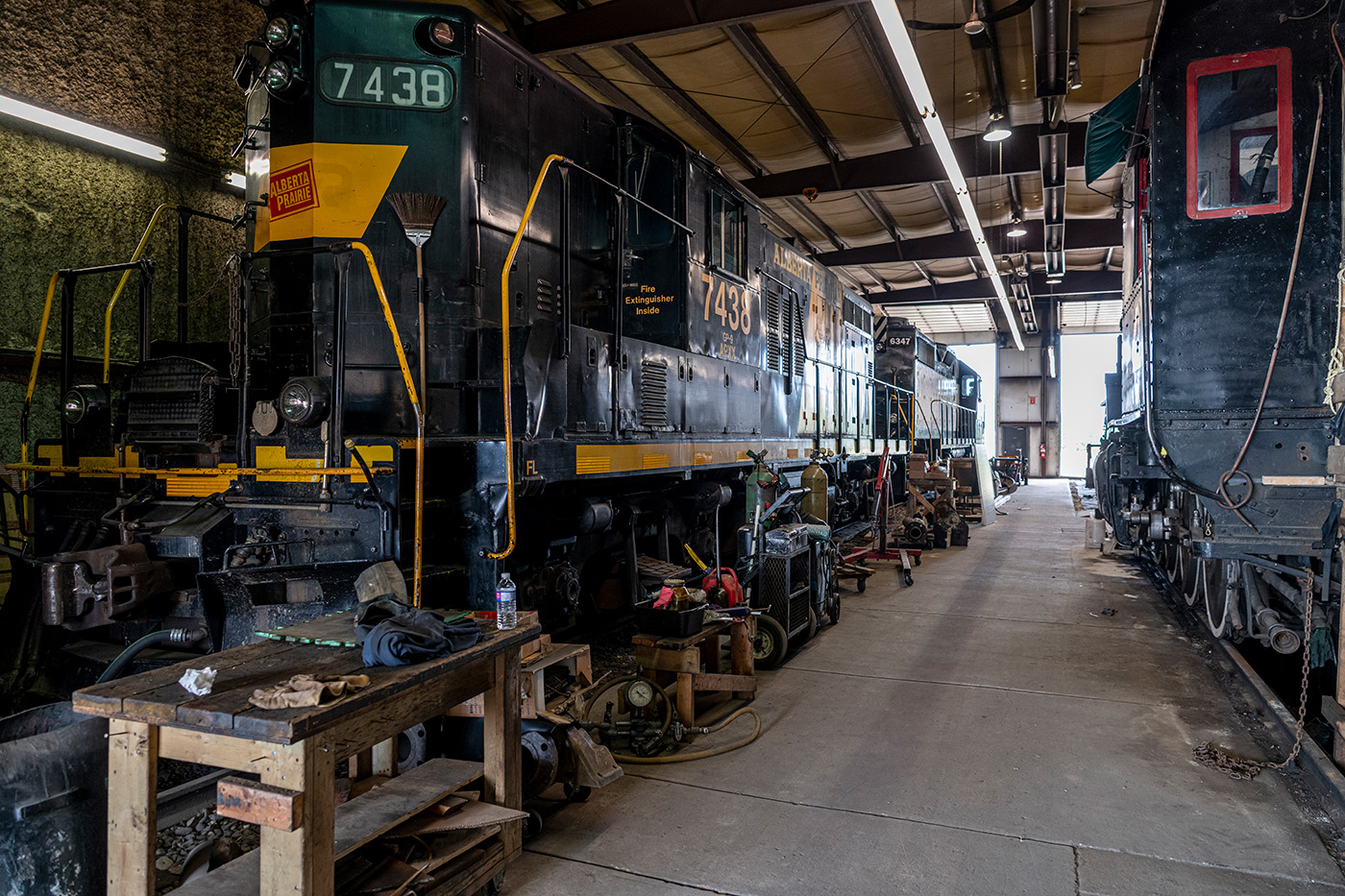 The little (economic) engine that could

Although many of the rail lines that once connected small Canadian communities are now distant memories, one small Alberta town’s heart still beats with a familiar ka-thunk ka-thunk ka-thunk of a short line railway. For Bob Willis, general manager of Alberta Prairie Railway, a lightweight rail line based in Stettler, the roots of the railway run deep – both in his hometown and on a more personal level.

“My granddad was superintendent for CN in Southern Alberta, so I’ve got railways in my family,” he says, pausing before describing what a career on the rails would have looked like in his grandfather’s day. “When a train would arrive at a station, the crew would get out and help the station people unload the train. While the train was en route though, the crew had time to sit on the caboose and talk for hours, so they became really good at telling tales. Railway workers are expert storytellers.”

For nearly 30 years now, Willis has worked with Alberta Prairie Railway, managing the company’s passenger and freight operations. On the passenger side, the railway operates a historical train excursion, complete with food and entertainment, attracting guests from all around the world. He’s been on board since the early 1990s, when two local businessmen saw a light rail train operation as a chance to foster economic growth for the entire community.

“Stettler is a beautiful place. There are rolling hills, nice people, but no major tourist attraction here. So Don Gillespie—he’s a grocer here in town—and Jean MacDonald from MacDonald’s Resort in Buffalo Lake put together a group of likeminded folks who were in it for the long term,” he says. “Unfortunately, this poor group of mostly businesspeople didn’t really know a lot about operating trains. They knew what they wanted to do, but they had no idea how to do it, so they made some pretty serious mistakes in their first couple of years of operations.”

As the years passed, however, the group got back on track and developed a strategy that focused on two lines of operations: the first, a historical train experience to drive tourism to the community, and the second, a more behind-the-scenes operation focused on freight and shipping.

“We realized these kinds of tourism trains that were successful were an adjunct to an active railway. The railway keeps the track maintained, and the passenger or tourism side of thing is just the icing on the cake,” he says.

Over the years, the freight side of the business grew, serving as a shipping line for goods like fertilizer and grains. It remained the profitable side of the business, and kept the railway itself in working order for the tourism operation to continue. The tourism side of things also grew, as the company developed a well-rounded experience for riders, complete with musical entertainment and dining. Things went so well, in fact, that the railway would routinely sell out throughout the summer months – creating increased traffic that would not go unnoticed by other local businesses.

“You can’t bring 1,600 people into a town of 5,000 over the course of one weekend and not have an impact on the businesses there,” says Willis. “Our function is to drive traffic to the community, employ people, and generate payroll and economic benefits for the community. With both freight and passenger trains operating, we’re doing that.”

Operations on both sides of the tracks came to a screeching halt in 2020 when the COVID-19 pandemic began to take shape. Tours were put on hold for the summer, which opened an unexpected and profitable opportunity for the would-be freighters.

“When COVID came, we couldn’t use the passenger track, so we had storage space for empty tank cars,” says Willis, explaining the shift nearly doubled the line’s storage capacity, from around 400 to 800. “We don’t have to keep that track cleared because we’re not using the passenger train, so we had space to hold cars that weren’t being used, as the price of oil also fell in Alberta. And now, every time we move those cars in, or out, or store them, we get paid.”

Increased profits from storage weren’t the only opportunity the pandemic afforded the railway. Shuttered passenger operations also presented a chance for the company to refurbish steam engines and repair aging rail line – improvements that would have been challenging to complete in a year with a more conventional schedule.

In the summer of 2021, as the province reopened with reduced pandemic restrictions, operations gradually returned to normal for both sides of the railway. As with so many other elements of the business, Willis notes slow and steady wins the race.

“We’re not interested in rushing through this to start risking anyone’s health, so as we open we’ll be taking it very slowly,” he says. “We’ve got to protect our community, our passengers, our staff—that’s our whole function right now. We’ll get back to more “normal” one day, we just want to make sure we’re safe in doing so.”