Our Clients in Social Economy & Infrastructure 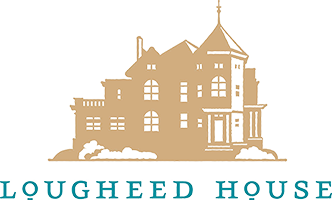 Stepping in to the foyer of Lougheed House is like taking a step back in time. The impressive grandeur of the Victorian mansion’s dark mahogany walls, stained glass windows, and striking taxidermy bring visitors back to another Alberta; it’s a venture into the province’s history. But over the last decade, Lougheed House become much more than just a former residence to one of early Alberta’s most prominent political figures, Sir James Alexander Lougheed. Today, it has become a community gathering space, where Calgarians can connect in modern ways with stories of some of the city’s earliest inhabitants.

“A few years ago, we did some early analysis to find out how to best build community here. We heard that to some, the house can be physically intimidating. So we had work to do, because we wanted to make sure it was a space that was open and accessible to Calgary’s history,” says Kirstin Evenden, executive director of Lougheed House.

For Evenden, who has been at the helm of Lougheed House since 2013, the last few years have been focused on finding new and creative ways to share the stories of early Alberta. The house opened to the public in 2007 as a National Historic Site, and in the years following was rented out as an event space, hosting weddings, parties, and corporate gatherings. As part of Lougheed House Re-Imagined, Evenden and Lougheed House staff are working with a community advisory committee to build on that initial success as a venue to create a year-round destination where visitors can experience and learn about Calgary’s roots. The goal is to broaden the stories told through Lougheed House, and create a space that celebrates the true diversity of groups who helped to shape the city over time.

“We’ve been working on engaging different communities as we’re developing our exhibitions, all of which has been building towards the final development of our new permanent gallery,” she says. “We want to represent the communities who somehow intersected with or have been a part of Calgary’s settlement and growth.”

Some of the first stories to be shared have been directly tied to the house’s namesake family. Many Albertans might be familiar with the Lougheed name from former premier Peter Lougheed, or his grandfather, Conservative Senator (and the first resident of Lougheed House) Sir Alexander Lougheed. Today, as part of Lougheed House Re-imagined, attention is shifting towards other early residents, including the family’s matriarch, Lady Isabella Lougheed.

“Lady Lougheed was Métis, and not much of her story had really been explored before we started working in this manner,” she says. While Lady Lougheed’s story was overlooked for many years, today, visitors to the museum can learn about her heritage and Calgary’s Métis history both in-person and through a digital exhibit hosted through Digital Museums Canada.

Yet Lady Lougheed’s story is just one of many that Evenden hopes to see grow through Lougheed House Re-Imagined. In 2020, Lougheed House began presenting stories of Calgary’s historical Chinatowns. Inspired by historical records indicating that some of the Lougheed’s household staff were of Chinese descent, the exhibition uses artistic installations to explore, recreate, and celebrate this history.

The process of developing these exhibits has required creative contributions from museum staff as well as the greater community.

“One of the challenges you have when you’re digging into very local history with diverse communities is that history is not always necessarily detailed in the public historical written record. So we know from census records that the Lougheeds employed two Chinese staff, but we know nothing about them,” says Evenden. “So the idea was to bring in illustrators and writers to come and tell stories about some of the people who helped to really establish the Chinese community in the city.”

Through illustrations, as well as lots of historical photographs and archival records, these artists developed a form of historical creative non-fiction, sharing the stories of some of the earliest Chinese settlers in Calgary. With the success of this first exhibition, Evenden is hopeful this creative approach can help to highlight the experiences of other groups who may have been traditionally missed due to a lack of official documentation.

“This is a way of accessing history through creative engagement and logical speculation. It’s kind of an artistic interpretation of what life could have been like, and it’s a way of filling in some of the gaps that we might have missed before,” she says. “That’s what we’ve been trying to build out, and what we’re continuing to explore for future exhibitions and throughout the house.”