Our Clients in Environment 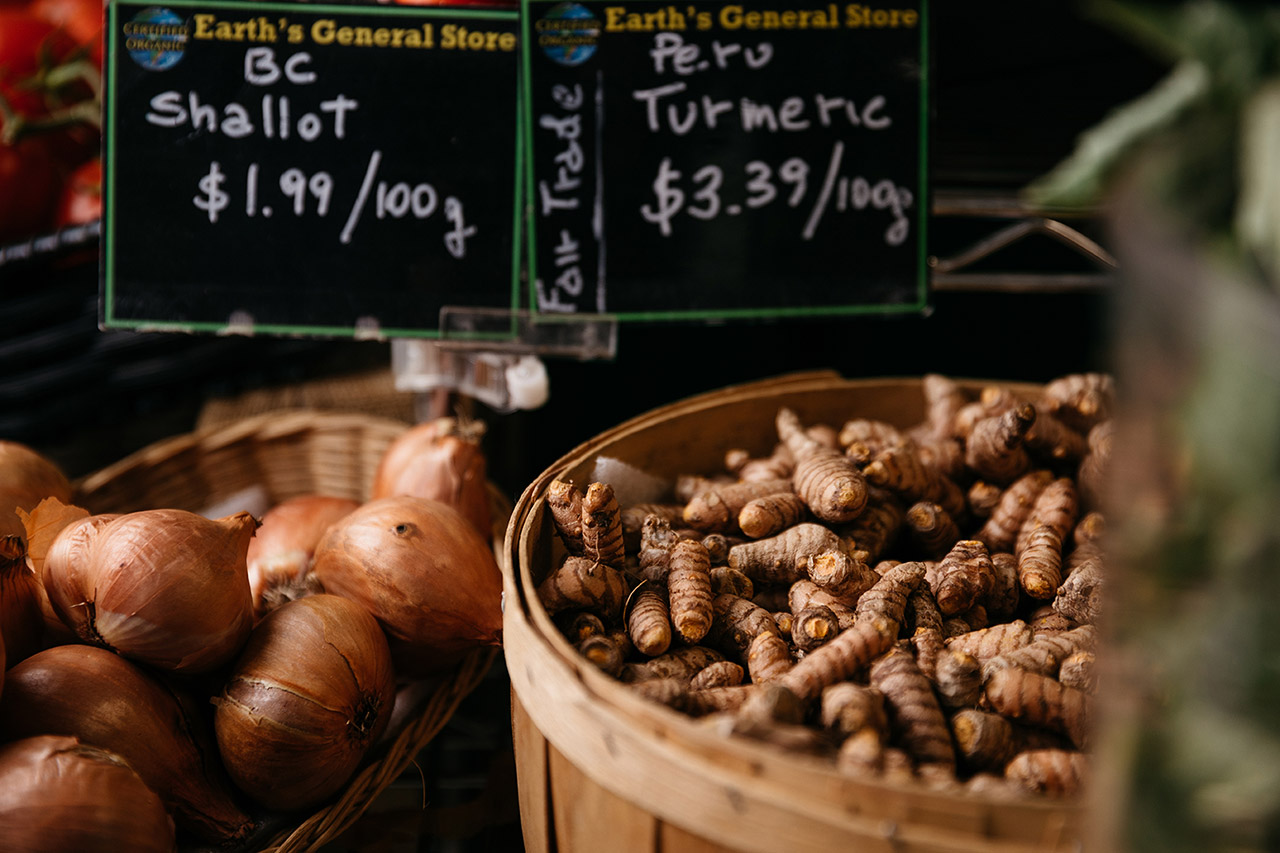 As a small business owner, Michael Kalmanovitch’s career has been anything but conventional. When he opened Earth’s General Store in Edmonton’s historic Old Strathcona district in 1991, terms like fair trade and eco-friendly were growing in popularity, but local options for shoppers were limited or non-existent.

Over the next two decades, Kalmanovitch built a steady following at Earth’s General Store. Offering bulk cleaning and personal care products, along with a host of other items that customers might not be able to easily find elsewhere, the shop became a fixture for the socially and environmentally conscious consumer in Edmonton. But as time went on, Kalmanovitch realized he wanted to do more than sell household goods. He wanted to keep driving change and help local shoppers access fair trade, organic, and locally grown items. So in 2010, the store relocated to a larger space and increased its inventory to include food products.

“We are attempting to offer a way of life that is balanced and respectful of the planet and all its creatures” says Kalmanovitch. “I know this sounds a little wishy-washy but I believe that this is our ultimate goal in life – do as little harm as possible and leave the world better than when we arrived. Improvements to our environmental and societal commons will benefit not only our direct descendants, but also everyone else.”

Four years after this expansion, with the flagship store doing well, Kalmanovitch was ready for a new challenge.

“I knew that if we were to open a second store, it would have to be in a food desert,” he says. “I wanted to help people access quality food, but also to know where it was coming from.”

When a possible location opened up on Edmonton’s trendy 104th street, it seemed almost too good to be true. Although there was a high-end grocery chain on the same block, the area had few other options in any direction, so it met his definition of being a food desert. What’s more, shoppers from the other shop might stop by this new Earth’s General Store location to supplement their groceries with the unique products on offer.

He approached local banks to discuss financing options, but found that conventional lenders didn’t seem to understand his vision or desire for positive social change. Although he was able to secure a loan from a larger bank, he approached SEF as a final effort to find a partner who understood and appreciated his vision.

“SEF has a vision for Edmonton. They know what they want to the community to evolve into, so it was nice to see that they knew about our community work, and understood what we were trying to do,” he says.

With a loan secured from SEF, Kalmanovitch set to work opening the new location in the spring of 2014. The space was promised to come fully furnished with the coolers, shelving, and kitchen equipment that Kalmanovitch would need for the downtown deli and grocery store. Or so he thought.

“As it turns out, there was some confusion about what was owned by the landlord, and as we moved in we found out we had to buy the equipment right off the bat,” he says. “So starting out with an immediate expenditure of $100,000 was hard.”

Unfortunately, the bad news didn’t end there, as the major grocery store down the block closed its doors just a few weeks after the downtown Earth’s General Store opened. Over the next three years, the downtown location struggled to make ends meet. In October 2017, Kalmanovitch made the difficult decision to close its doors for good.

“If our overhead there had been the same as it is for our Whyte Avenue location, we could’ve made it work. But it was too much; the downtown store always ran at a deficit and I had to minimize our losses,” he says.

The experience, although undoubtedly stressful and difficult, at least offered some valuable learning for Kalmanovitch. Earth’s General Store now operates only out of its Whyte Ave location, and for Kalmanovitch, that might be enough.

“It’s never been about making a profit, it’s been about shifting people in their thinking,” he says. “I’ve always tried to do that, and I always will. So for now, the store does great work… but I know it’s not enough for me. I need to keep trying to drive that change elsewhere now too.”

Kalmanovitch has pushed that mission even further by focusing on becoming Edmonton’s premiere zero-waste and reduced-waste store. Everything from eliminating single use plastic bags to a bulk food selection offering more than 475 items and counting, contributes to Earth’s General Store’s deeper mission.

As for what’s on the immediate horizon for Earth’s General Store, Kalmanovitch plans to keep on, business as usual. Although he may make changes in the future, for now, he’s focusing on his top priorities: pushing for positive environmental and social change.